Dutch business is largely dominated by family businesses. In this section the story behind one of the family businesses in the Netherlands. In this first edition, an interview with the second generation Donkervoort Automobiles. An ambitious and passionate family in the car world. 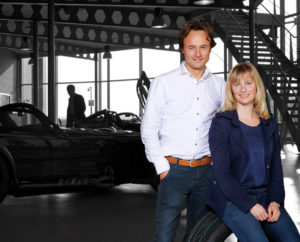 In ’78 Joop Donkervoort starts with the construction of his characteristic sports cars. Because the imported Lotus 7 does not meet the Dutch requirements to be allowed on the road, he decides to take matters into his own hands with the production of his own sports car, based on the concept of the Lotus 7. The Donkervoort was born. In the meantime some 1.500 cars have been produced in 40 years and since 2000 the company has been located in the building at a prominent location on the A6 at Lelystad. In 2008 the second generation Donkervoort also ‘boarded’ in the family business.

“I was infected with the car virus fairly early”

It is clichéd but one of the first questions during the interview with Amber and Denis Donkervoort is about the moment they knew that they would play an important role in the family business. For Denis (29), that step proved more to be obvious than for his sister. ‘I was infected with the car virus fairly early and from the age of eight I was already in a go kart. It was clear to everyone that I would be working in the family business. “Denis started studying Automotive Business Management at IVA Driebergen Business School and after his graduation he worked in the US for one year. In 2008 he started to work at Donkervoort Automobielen. 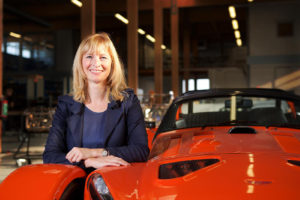 Amber (33) also joined the company in 2008, but her run-up was not as goal-oriented as her brother’s path. ‘Denis started racing from an early age. I never had the same interest. “Amber opted for a study International Business abroad. It was not entirely coincidental that her graduation internship in China was at a company in the Automotive industry. There she learned that with her broad background and her own interests she could also add value to her father’s business. ‘It was the events and the PR aspect that attracted me more.’

In the summer of 2008 Donkervoort starts with its own racing team. The project is an ideal entry for both Denis and Amber. Denis focuses on the technical organization around the team and is also one of the drivers. Amber takes on the organizational and logistical tasks and arranges everything related to the sponsors and PR. In 2017, the two found their way within the family business. Denis officially took over the business two years ago from his father, who is still involved in the company every day. Amber is Manager Marketing and Communication.

Next year, the second generation Donkervoort will be involved with the company for ten years, a time frame that has quickly passed by, as experienced by both Denis and Amber. “Effectively, we have only been on the road for a few years,” says Denis. ‘In 2012, we took Donkervoort to a different level with the introduction of the D8 GTO.

“We now produce high-quality, high-tech supercars, something that our father would not have thought possible 40 years ago” 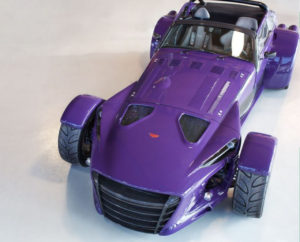 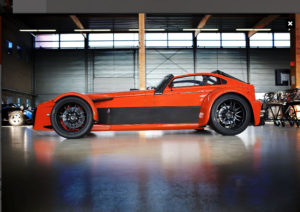