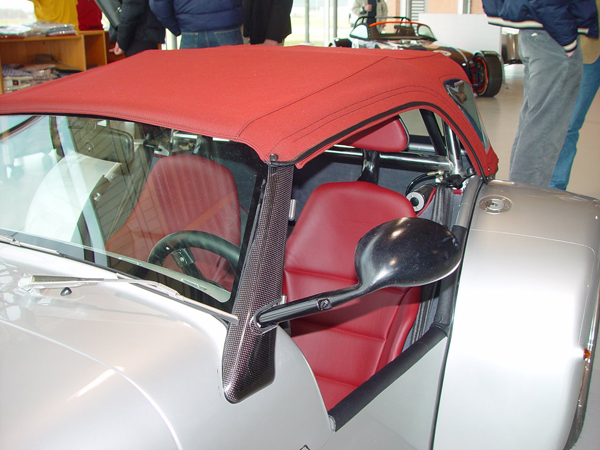 Attaching the hood to the vehicle

All of the parts (the hood and the coupling set) can be stored in the area behind the seats, which can then be covered with the optional tonneau cover. This cover can be attached to the vehicle using the press-studs. 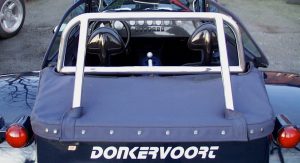 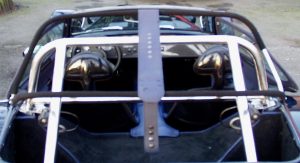 When mounting the coupling set, the loop use to tighten the hood should be loose, in other words, with the strip at the rear pulled loose. 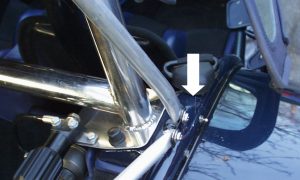 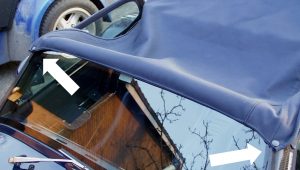 The hood can now be placed over the vehicle and the two Velcro strips fastened around the smallest (rearmost) bar. Once this has been done, the hard strip at the front of the hood should be slid carefully under the windscreen frame, following which the two press-studs can be attached at the corners.

Now, all the press-studs at the rear of the vehicle should be fastened. It is advisable to begin in the left and right hand corners. Then, all press-studs in the middle and the sides of the car. The Tenax studs at the doors should be attached last. 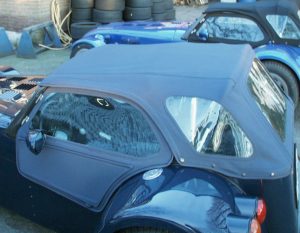 Finally the hood should be tightened using the tightening loop on the inside of the vehicle. Pull the end of the strip forwards so that the top is tightened and fix this position with one of the press-studs.

The doors are closed by fastening the press-stud firstly at the rear and then attaching the door to the upper edge of the soft-top through the opening in the door. Following this, fasten all the press-studs at the bottom of the door.

The hood is removed by performing the above actions for fastening it in reverse order.

Once the hood has been removed, it can be folded up by folding the two small side-windows towards the centre, then the rear window into the centre and then folding the entire hood double. The hood can now be stowed away in the luggage area.

Lay the frame, consisting of the two bar, on the hood and then cover the boot with the (optional) tonneau cover.

The doors can be removed by lifting them in an upwards direction from the hinges which are attached to the window frame. 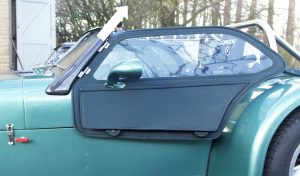 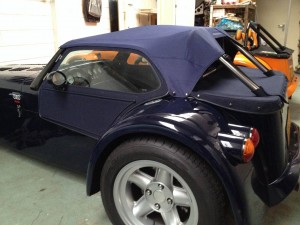 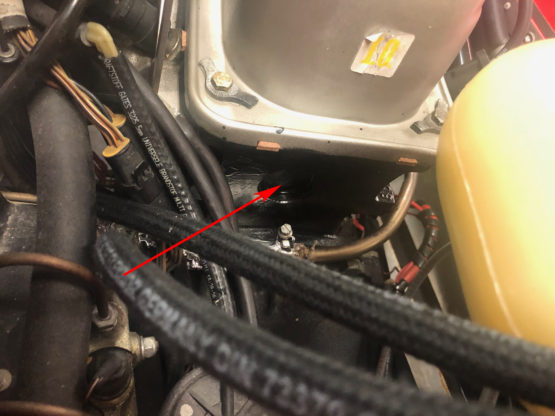 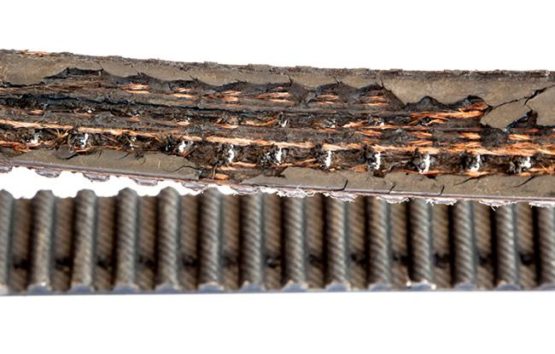 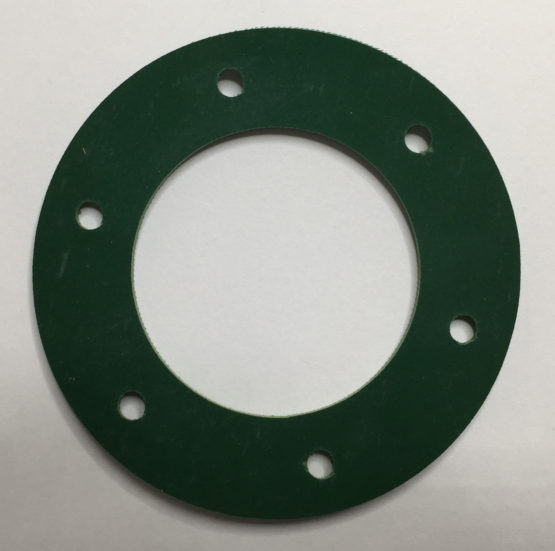