You are here: Home → 40 years of Audi five-cylinder engines 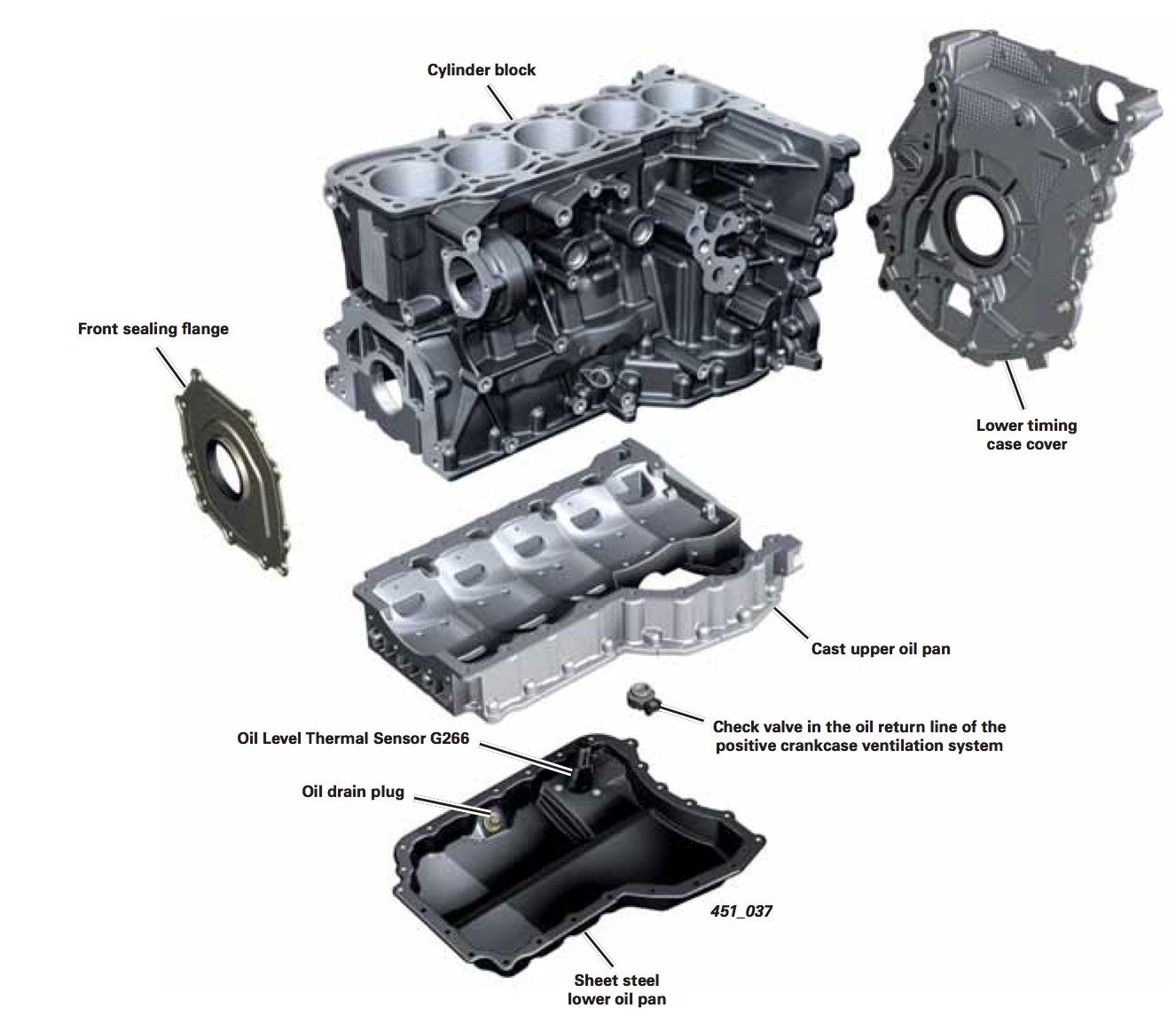 40 years ago, Audi presented the first five-cylinder gasoline engine in the second-generation Audi 100. Enhancements and new developments followed, with turbocharging, emissions control and four-valve technology, rally engines and five-cylinder diesel units. Today, the 2.5 TFSI in the Audi RS 3 Sportback* and in the Audi TT RS* carries on the great tradition of five-cylinder power plants. The five-cylinder engines from Audi have achieved cult status – partly due to their successful deployment in motorsport and also on account of their reliability and economy. They have played a vital role in defining Vorsprung durch Technik and to this day provide an emotional driving experience with their characteristic sound.

The first five-cylinder gasoline engine powered the Audi 100 (C2) in 1976. The model, known internally as Type 43, was to be positioned higher than its predecessor in the market. The four-cylinder engines at the time were not suitable for this plan according to the developers. At the beginning of the 1970s, Audi engineers consequently discussed the possibility of introducing five and six-cylinder inline engines. The latter were ruled out due to the installation space required and unfavorable weight distribution. So those responsible opted for the five-cylinder inline engine, based on the new EA 827 engine concept. This four-cylinder inline engine was used throughout the VW Group in the 1970s – in the Audi 80 and Audi 100, for instance. The derived 2.1-liter five-cylinder engine produced 100 kW (136 hp). A modern injection system increased efficiency and power development. Delivery of the Audi 100 5E began in March 1977.

As early as 1978, Audi presented the first diesel version: a naturally aspirated diesel with a displacement of two liters and producing 51 kW (70 hp). One year later, the first turbocharged five-cylinder gasoline engine made its debut – another pioneering feat from Audi. With an output of 125 kW (170 hp) and 265 newton meters (195.45 lb-ft) of torque, it powered the new top model, the Audi 200 5T.

The five-cylinder gasoline engine in the 1980 Audi “Ur-quattro” had even more to offer. With turbocharging, an intercooler and permanent four-wheel drive, it constituted a powerful technical package for the racetrack and the road. Initially, it delivered 147 kW (200 hp). In 1983, the Finn Hannu Mikkola won the drivers’ title in the World Rally Championship in this car. In the same year, Audi introduced the wide-track Sport quattro, which was 24 centimeters (9.45 inches) shorter. It was powered by a newly developed four-valve five-cylinder unit made of aluminum with an output of 225 kW (306 hp). It made the Sport quattro the most powerful car built to date by a German company for use on public roads. The model formed the basis for a new Group B rally car, with the four-valve powerplant delivering 331 kW (450 hp) from the very start. It was used for the first time in the penultimate race of 1984, the Ivory Coast rally. The other eleven rounds of the season were contested by the Swede Stig Blomqvist in the Group B Audi quattro A2 producing 265 kW (360 hp). In the end, he won the drivers’ title and Audi took the manufacturers’ title.

Even after Audi withdrew from rallying in 1986 there were other racing highlights: in 1987, Walter Röhrl won the Pikes Peak Hill Climb (USA) in the Audi Sport quattro S1 (E2). The racing car developed 440 kW (598 hp). And the IMSA GTO excelled on the US touring car scene in 1989, delivering 530 kW (720 hp) – from little more than two liters of displacement.

Audi presented another milestone in automotive history at the International Motor Show in Frankfurt am Main in 1989: the Audi 100 TDI. It was the first production car with a five-cylinder direct-injection turbocharged diesel engine and fully electronic control. The powerplant generated 88 kW (120 hp) from a displacement of 2.5 liters. Audi continued to refine its range of five-cylinder gasoline engines. In 1994, the Audi RS 2 with an output of 232 kW (315 hp) came on to the market. As an Avant with the power of a sports car, it established a new automotive class.

Then in 2009 there was a big comeback – with turbocharging and gasoline direct injection in the Audi TT RS. The transverse-mounted engine developed by quattro GmbH produced 250 kW (340 hp) from a displacement of 2.5 liters. It also offered outstanding performance in the RS 3 Sportback and in the RS Q3. The TT RS plus, which Audi presented in 2012, mustered up an impressive 265 kW (360 hp). Today, the 2.5 TFSI in the Audi TT RS produces 294 kW (400 hp). An international jury of motoring journalists has voted the five-cylinder powerplant “Engine of the Year” seven times in a row since 2010.

Those who would like to see the first Audi with a five-cylinder engine can currently do so at the Audi Forum in Neckarsulm. The classic car exhibition entitled “From zero to 100” features numerous exhibits, which Audi uses to look back at the eventful history of its successful model. One of the first five-cylinder TDI units from a 1989 Audi 100 is also on display. The exhibition runs until November 6, 2016.

More on the magical engine in the D8 GTO here.